Share a memory
Obituary & Services
Tribute Wall
Read more about the life story of Stephanie and share your memory.

Stephanie Lueida Patillo-Grimes was born to the late Austin Patillo and the late Betty-Jean Brown on September 20, 1966, in Somerville, New Jersey. She joins in the memorial of her parents, her brothers: Austin Patillo Jr., Manwell Patillo, Bernard Patillo and sisters: Betty Patillo, Margo Patillo and Theresa McCray.

Stephanie graduated from Franklin High School Somerville, NJ, and attended Clayton State College in Georgia. Stephanie married the love of her life, Albert L. Grimes Jr., on November 30th, 1984, and to this union four children were born. Stephanie loved the Lord and was serious about her obedience to Him. Whenever Stephanie knew she had something to do, you could hear her say, "I have to be obedient!" She was a God-fearing selfless servant.

Stephanie loved the Army life! After leaving California in 2009, the Grimes family was relocated to Raeford, NC where they joined and served at The Harvest Church, the church they called home. Stephanie was a forerunner, she served as a Deaconness, usher and in the outreach ministry and she served wherever her hands was needed. Stephanie served at New Seasons Family Christian Center as well.  Stephanie accepted the challenge and answered the call to become a chaplain. She was ordained with the Warrior Family Ministries Chaplains and served with the Raeford Company for four years.

Stephanie was a dedicated supporter of the Raeford Disabled Veterans Association, Chapter 17 and to veterans. She spent her entire life giving back in any capacity that she could. She was employed for thirty-three years in Federal Service, mostly at the Department of Veterans Affairs.

Stephanie was very classy! No hair out of place and her nails were always complete. She was second to none in style and fashion. Stephanie enjoyed traveling and collecting designer handbags.

To send flowers to the family or plant a tree in memory of Stephanie Patillo Grimes, please visit our floral store. 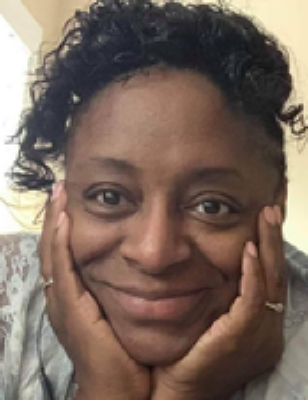 Family and friends are coming together online to create a special keepsake. Every memory left on the online obituary will be automatically included in the book.

You can still show your support by sending flowers directly to the family, or by planting a memorial tree in the memory of Stephanie Patillo Grimes